Products installed outdoor or connected to an outdoor cable should take protection against IEC61000-4-5 lighnting energy into account during early design stage. The damage caused by overvoltage or overcurrent due to lighnting is called electrical over stress (EOS). When product is struck by lighnthing, the damage on IC can be observed even by naked eye (Figure 1) 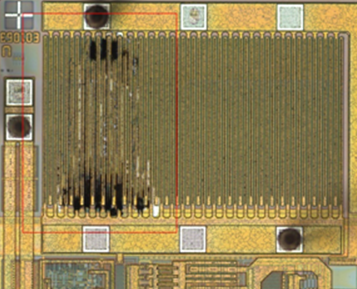 Lightning only occur under special weather conditions, but there are many reasons for EOS in the home scene, such as AC/DC power plugging/unplugging, frequent switching on/off of electronic products, and potential differences due to different grounding when products are connected. At present, more and more manufacturers start to focus on surge test of signal transmission cable because high probability of repair in foreign market (commonly no output of HDMI interface). After analysis by chip manufacturers, it is found that a large burnt at the chip internal interface and power supply (Figure 2) which is caused by EOS according to chip manufacturers.  In addition, some of the client failures cannot be reproduced by ESD experiments. Only surge test system can repeatedly reproduce the failure. Therefore, more and more manufacturers are focusing on chip EOS test and start to establish test standards.

In the past, most system engineers only focus on ESD protection on HDMI/USB ports in design to ensure communication lines will not be impacted by ESD events but surge protection is usually ignored; and EOS eventually became a potential killer for chips or systems that cannot work properly. Home applications such as building automatic monitoring, IPC network cameras will be widely used in the future. If HDMI is included in the same trough seal with home power grid during wiring, EOS impulse generated by lightning or power grid may cause product failure when it is coupled to HDMI core. Therefore, it is necessary to strengthen EOS test and protection when designing outdoor products.

The semiconductor manufacturing process continues to improve, and the density of components in the chip is getting higher (TSMC's 5nm process has been mass-produced), and the corresponding anti-ESD/EOS ability will become weaker. In addition, the HDMI/USB signal transmission rate continues to increase. During the design of the circuit, there are strict requirements on the impedance and parasitic capacitance of the high-speed signal. Appropriate TVS components selection becomes engineer focus. AMAZING Microelectronic Corp. introduced HDMI 2.0 optimization solution AZ1243-04F with the features of surge high Ipp current (Ipp=12A), ESD low clamping potential and low parasitic capacitance (VDD=3.3V Cj=0.5pF) (Figure 3, 4 and 5) to provide better protection in complex ESD and EOS environment of end customers. AZ1243-04F uses a through type layout which can easily control differential pair during PCB layout for more reasonable and convenient wiring (Figure 6) 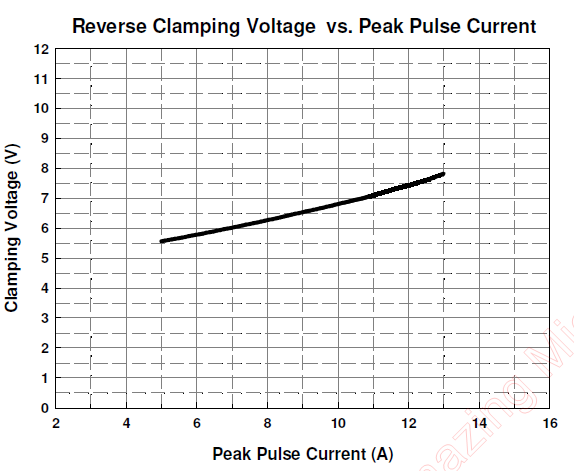 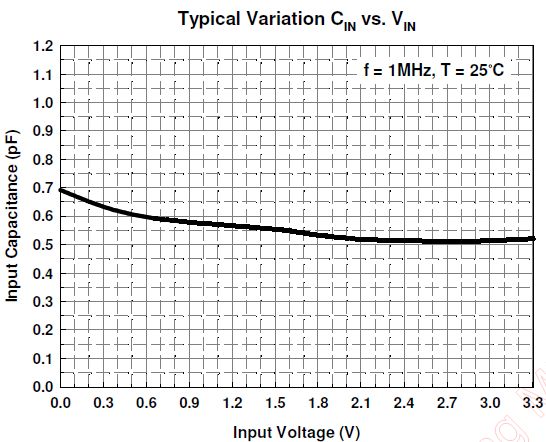 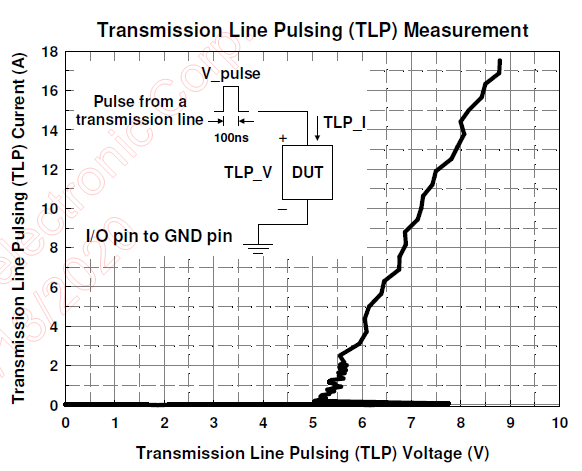 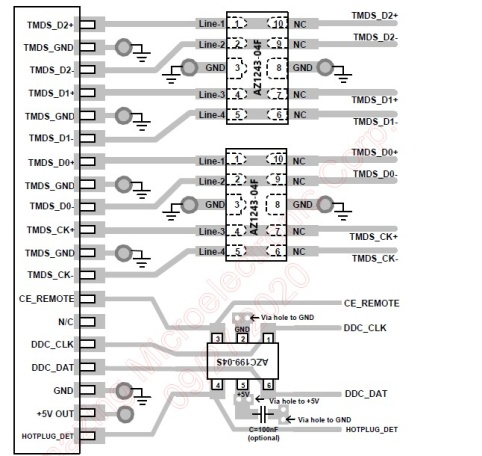 Most manufacturers conduct ESD tests based on their design experience. Although they can pass the IEC61000-4-2 test standard, but still have complaints about reworks, and most of them are hardware failures (EOS damage). In the future product design, if only ESD protection is applied, it will mistakenly estimate EOS problems in the use of end environment. Not only customer complaints cannot be eliminated, but also impact product reputation. In order to reduce defective rate of interface and improve brand reputation, manufacturers have established test standards for HDMI, USB, Audio and other video interfaces.  We believe that in the near future, the EOS test for signal transmission cables will become the standard test for electronic products.